HOW OUR PRACTICAL AND INNOVATIVE TECHNOLOGY WORKS FOR YOU

There are hundreds of portable GPS trackers on the market and several use solar to augment their lithium batteries. Batteries cannot charge and discharge at the same time so while they’re recharging, they are offline. They’re not monitoring and not reporting. The result is data starvation.

Passive Eye’s patented dual power management system is constantly harvesting ambient energy including solar and is always on, always charging and always monitoring to provide you with unbroken continuity of service.

Energy Harvesting and Power Management: To provide effective, self-sustaining continuity of service, every aspect of the tag’s design is focused on maximizing performance while bringing power usage down to the absolute minimum. The holistic design addressed the way energy is harvested, the circuit design which controls the switching of our harvested power between the elements of our patented, dual power management system, the way location data is determined, the use of low power components, the choice of long-range, low power communication protocols and the event reporting logic.

2. What our IP does for you

Event and Exception Reporting: When an asset is not moving, the tag is in deep sleep mode with only the low power movement and environmental sensors operating. The moment movement or vibration is detected[ above an adjustable threshold], an on-start alert is sent if it’s mounted on a mobile asset or a theft alarm if on a static asset. Geo-location is sent periodically and when the asset comes to a stop. On-start and on-stop times are used for asset utilisation analysis and shock loads or excessive tilt will result in a damage event report to help pinpoint responsibility. A range of environmental factors can be monitored and alerts are sent when limits are reached. Alerts are sent if an asset crosses a geo-fence boundary.

Long Range, Low Power Communications: The Passive Eye tag sends coded messages to our cloud-based servers and database and our platform then sends the appropriate type of alert, alarm or advisory to users who have indicated they wish to receive messages via SMS or email or both. All messages also appear on the user interface. The communication protocols include Sigfox, LoRa, NB-IoT and LTE-M depending on customer requirements.

Energy Harvesting and Power Management: The tag obtains its power by harvesting ambient energy. It can harvest radio frequency and solar radiation and can generate power from movement. However the essence of Passive Eye’s innovative technology is focused on the way power is managed. A battery cannot charge and discharge at the same time so to achieve continuity of service, the tag uses a patented, dual mechanism to ensure that the sensors are always-on, always-monitoring and ready to wake the system when a monitored parameter is reached.

The power management system uses a large lithium polymer battery strictly as a power reservoir and it is constantly being charged. The board is driven by a fast-recovery component which is recharged from the reservoir. During the 3-4 seconds the lithium is discharging, it is also driving the board so that at no time are the various sensors deprived of the power needed for monitoring activity. The point at which power is switched between the two systems is controlled by the circuit design to minimise the use of power instead of using software which would require the processor to be constantly powered.

Damage Event Reports: A container passes through many hands from supplier to the customer. Shock or impact somewhere along the journey could result in significant content damage which might not be discovered until the customer opens the doors. It’s difficult to determine which third party was handling the container when damage took place.

Passive Eye tags monitor for shock or excessive tilt (parameters set in the user’s preferences page) and sends a report containing the time, date and location of the impact or tilt which should help the shipper determine handling responsibility and hence commercial liability.

Environmental Parameters: Condition monitoring for perishable cargo can include such things as temperature, humidity, light and CO2 levels. Outdoor condition monitoring could include sensors air or water quality, particulates for specific contamination or other factors. An alarm is sent when either the upper or lower limit is reached.

Static Asset: Assets can be permanently or periodically characterised as static, such as a large art installation or a piece of agricultural equipment laid up for the winter. Any significant movement by definition is unauthorised and will result in an alarm being sent along with the asset’s location. The alarm can be re-sent every 1 to 5 minutes as determined by the user until cancelled or acknowledged.

Hardware Encryption and Anti-Spoofing: All messages from the tags are hardware encrypted before transmission and all communications emanates from the tag so the tag cannot be spoofed.

Coded Communication: All alert, alarm and advisory messages, including location, that are sent from the tag to our backend system are not only encrypted but are sent using private codes which would mean nothing if ever they were intercepted. 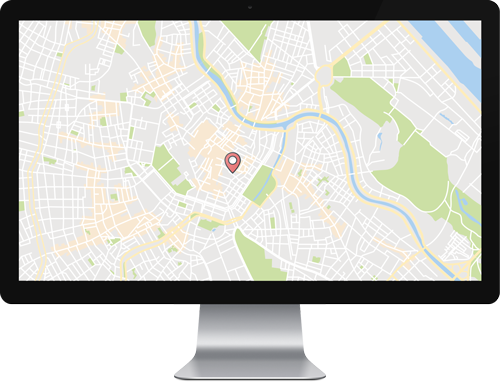 TO FIND OUT MORE OR
TO PARTICIPATE IN A FIELD TRIAL

GIVE US A CALL